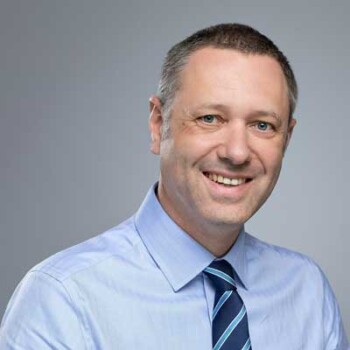 Jean-Paul is currently the MCO Lead and General Manager for Sanofi Genzyme in the Greater Gulf, a newly formed Multi-Country Organisation (MCO) at Sanofi, one of the company’s largest affiliates globally. Prior to this, he was Country Chair and General Manager at Sanofi Gulf from 2016 to 2020.

During his 24 years in the pharmaceutical industry, he has held the position of General Manager for 16 years, and has experience in diversified businesses having worked across Prescriptions, Rare Diseases, OTC and Generics.

A French Foreign Trade Advisor since 2008, he is the current Vice President at CCIFI France, a board governing the 123 French Chambers of Commerce in the world. He was recently reelected as a member of the Board of Directors of the French Business Council (FBC) for 2020-2022. Achieving the second highest number of votes among 20 candidates, Jean-Paul was also appointed as the Board’s Treasurer. He is consistently ranked among the Forbes Top 100 Executives in the Arab World.

Jean-Paul began his career in pharmaceuticals at Parke-Davis France, Warner Lambert group in Paris before joining Oriental Europe Zone as Deputy Regional Operations Manager. Following this, he held a series of appointments of increasing seniority including General Manager at Servier Ukraine Doo in Kiev, where, under his leadership, the turnover rose from €5m to €30m in the space of five years and General Director at Servier Austria GmbH, Vienna, Austria, where he increased the turnover by 12%.

He joined Sanofi in 2008 as General Manager of Sanofi-Aventis Ukraine where he consolidated and solidified the business and spearheaded its expansion in a highly challenging business landscape while ensuring organisational continuity and growth. A year later he was appointed General Manager at Sanofi Ukraine and Belarus.

His first position in the Middle East came when he was appointed Head of Generics Middle East and General Manager at Globalpharma before rejoining Sanofi as Country Chair Gulf and General Manager Rx operations Gulf at Sanofi Gulf. In his current role at the helm of Sanofi Genzyme, he oversees a business with an annual turnover of €160m. He is responsible for seven fast growing countries and his achievements include introducing a number of strategic projects and launching several innovations in Immunology, Rare Diseases, Diabetes and Cardiovascular. He is currently engaged with transformation efforts of the local business model and is driving major changes at all levels.

His most notable accolades include being selected as the top manager of the year in Ukraine in 2011. In Ukraine, he served as a member of the Board of the French Chamber of Commerce from 2008 to 2010 and of the Board of the American Chamber of Commerce, serving as the Treasurer for the Executive Board. In 2011, he became a member of the Board of the Association of the Pharmaceutical Research and Development where he was elected as Chairman for 2011-2012 tenure. He was also nominated as the Best Manager for Distribution of Pharmaceuticals in Ukraine and voted among the top 40 Best Managers in the country by Invest Gazetta in 2013.

Jean-Paul earned a Master’s in Pharmaceutical Industry from ESCP Business School in Paris, France and a Master of Arts from the University of Leeds in the United Kingdom. He also holds a degree in Finance and Marketing from the French Business School in Dijon, France and has certificates in Blue Ocean Strategy and Leadership transition from INSEAD, one of the world’s leading and largest graduate business schools.